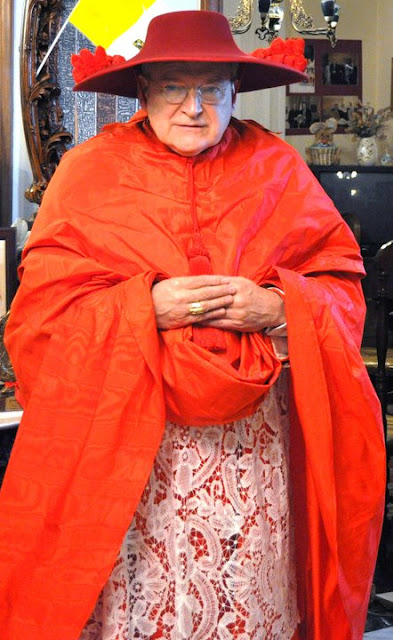 His Eminence Raymond Cardinal Burke
Prefect of the Supreme Tribunal of the Apostolic Signatura
I’m making a very bold and controversial claim: His Eminence Raymond Cardinal Burke will be the next Pope. I’m going to provide you with 10 solid reasons why the cardinals will rally to him in the conclave for the required 2/3 vote majority.
Let’s be honest. Most people are claiming (or grumbling) that Cardinal Burke will never be elected as Pope. They say he’s too heavy-handed, too ceremonial, too traditional, too political, and too serious to be papabile. If you’re one of those people who think Burke is the best cardinal for the job, but look at your toes and sigh: “It’ll never happen,” then keep reading.
The problem is that the Burke naysayers are thinking like journalists and voters. (By the way, one of my favorite daily blogs: Rorate Coeli explains why the journalists get it wrong.)
When the doors of the conclave close, men who would usually vote one way, vote another. Under the staring eyes painted onto the ceiling of Michelangelo’s Sistine Chapel, these cardinals know that history is being made. The Pope they elect will have a difficult vocation. The Pope they elect will change the lives of billions of people both now…and in the future.
I want to challenge you to think like a cardinal in 2013. The cardinals are worried. Most cardinals knew that Pope Benedict had considered abdication, but most of them never thought it could actually happen. Here we are 50 years after the Council, right in the middle of the Year of Faith, and then suddenly the Pope resigns.
Globally, the Catholic Church faces accusations. Here and there in local dioceses, there are spots of financial and sexual scandal (for example, in Los Angeles). The rumors in Rome surrounding Vatileaks, the Butler, and the Bank are still circulating. Cardinal O’Brien of Scotland just stepped down. The question of secular politicians and the Church is a concern. There is growing debate about liturgy and the Extraordinary Form. The SSPX dialogue fell flat. So in the middle of this storm, Pope Benedict abdicates. I think this is all part of the divine plan (Here’s my post explain why I think the Blessed Virgin Mary asked Pope Benedict stepped down), but let’s be honest. It’s a traumatic time. Yet, whenever there is trauma, conservatism reigns.
The Cardinals will rally to a holy man who will prayerfully clean house and face down the evils, scandals, and rumors. There is only one cardinal who has vocalized a plan of attack for the political, liturgical, and canonical problems in the Church: his name is Raymond Cardinal Burke.
Cardinal Burke is the only one who has explicitly proclaimed a way forward in these times of trouble. As in the last papal conclave, the cardinals will turn to a man who operates on sound principles. A man whose virtue is known by all. A man of the Gospel.
With that being said, here are the 10 reasons why Raymond Leo Cardinal Burke will be elected Pope.
1. Burke is an open advocate for using canon law in defense of the sacraments and God’s honor. He’s a hardliner against pro-abortion Catholic politicians. He has openly spoken out against American and Irish Catholic politicians who advocate abortion, homosexual unions, etc. As Pope, he would back cardinals who have difficult decisions to make back home.
2. Burke thinks seriously. He is theologically orthodox and can spot dissent. If you thought Ratzinger was a Rottweiler, then just look out! Burke once forced the cancellation of a Sheryl Crowe concert at a Catholic hospital…because she’s pro-abortion. He sacked a St Louis Catholic basketball coach for supporting abortion and embryonic destruction. Cardinal Burke isn’t afraid to play ball.
3. His Eminence celebrates and promotes the Latin Mass and a reverent Novus Ordo. This is huge. Cardinal Schonborn’s balloon Mass is not the way of the future of Catholicism. All the cardinals feel this. Pope Benedict moved us away from all that. Cardinal Burke will continue to carry Benedict’s liturgical torch. Cardinal Burke brings noble dignity to the Holy Sacrifice of Mass. 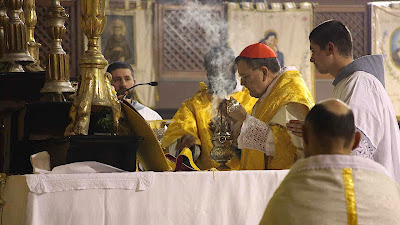 4. …which leads to the SSPX. As long as Benedict XVI is alive, it will be necessary for the next Pope to bring resolution to this traditionalist soap-opera. The reconciliation of the SSPX would be the greatest possible gift to Benedict’s living legacy. To use baseball terminology, it would equate to a relief pitcher saving the game and earning a “win” for the starting pitcher who got behind in the run count.
5. Speaking of the Latin Mass, Cardinal Burke has traditional liturgical flare (for example, he wears the cappa magna without blinking an eye). With rumors and scandals floating everywhere, Catholics are desperate to see visual dignity restored to the Holy See. 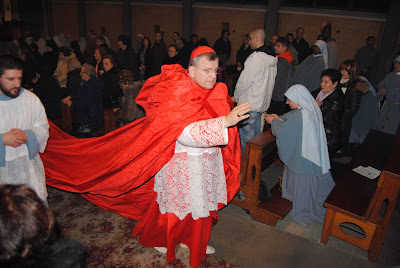 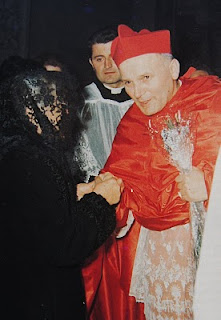 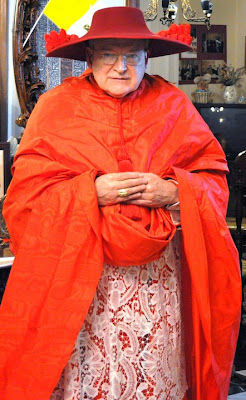 If he’s elected, will he wear the papal tiara?
6. Burke will help the cardinals and bishops do what they know they need to do: discipline dissenting Catholic politicians. Burke called the US Democratic party “the party of death” and accused Barack Obama of being “anti-life and anti-family.” He’s not afraid. The cardinals need a Pope standing behind them who speaks like this.
7. Cardinal Burke speaks the minimum languages necessary for a Supreme Pontiff: English, French, Latin and Italian.
8. Cardinal Burke is the perfect age: 64. Almost everyone is convinced that the cardinals will elect a cardinal in his mid to late 60s.
9. He is the Prefect of the Supreme Tribunal of the Apostolic Signatura. This is a really big deal. The years to come require expertise in canon law, not just theology. Cardinal Burke is already a Vatican insider. He already has experience at the highest canonical authority, second only to the Supreme Pontiff himself.
10. Most importantly, Cardinal Burke is extremely Marian. He has great devotion to the Blessed Virgin Mary. He continues the tradition beginning with Pope Pius IX and extending up to Bl John Paul II and Pope Benedict XVI. For me, Fatima is the key to everything going on in the Catholic Church. I think Cardinal Burke feels the same way. Moreover, he is close to the Friars of the Immaculate and he helped establish the shrine to Our Lady of Guadalupe in La Crosse, Wisconsin. Please also read Cardinal Burke’s piece on “Our Lady of America.
Let me add one more – an eleventh reason: nobody suspects Cardinal Burke to be elected. That is almost always a necessary feature of a papal candidate.
So there you have it: 10 reasons (plus one) why the cardinals will rally to Cardinal Burke in the conclave. You’ll see Cardinal Burke in a white cassock before end of March…maybe even donning the old tiara! 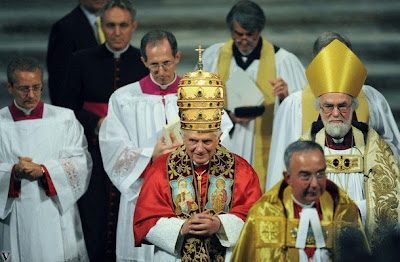 Compliments of Photoshop
Question: Are you convinced that Cardinal Burke will be the next Pope? Please leave a comment explaining why I’m right or just plain nuts?
For those who think I’m nuts, just think about this: Last time around, everyone thought Ratzinger was way too conservative to be elected. Well…
Do you enjoy reading these posts by Dr. Taylor Marshall? Make it easier to receive new daily posts. It’s FREE. Please click here to receive new daily posts instantly through e-mail. Privacy Guarantee: Your e-mail will never be shared with anyone.
Please explore Taylor’s brand new book about Rome and the Catholic Church:

The Eternal City: Rome & the Origins of Catholicism (available in paperback and Kindle!)