Modern scholars will laugh at this post because they (wrongly) believe that Paul did not write 1 Timothy and that Luke did not write the Gospel according to Saint Luke [I refute this revisionist claim here].

Yet for the Catholic, the biblical demonstration below strongly defends the traditional authors (Paul and Luke) and traditional dates – especially an early date for the Gospel of Luke. If we Catholics are going to defend the historicity of Christ, His teachings, and His actions, we need to be able to substantiate how the four Catholic Gospels depict Him without error. Part of our work depends on us demonstrating that the four Catholic Gospels are early and written by the historical Matthew, Mark, Luke, and John. 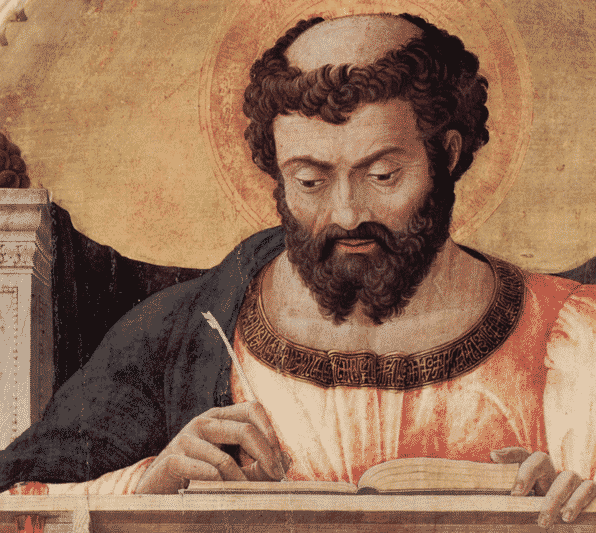 Saint Paul cites the Gospel of Luke as Sacred Scripture

So let’s get started.

Let the presbyters who rule well be considered worthy of double honor, especially those who labour in preaching and teaching; for the Scripture says, “You shall not muzzle an ox while it is treading out the grain,” and, “The laborer deserves his wages.” (1 Timothy 5:17–18):

Paul’s quote “You shall not muzzle an ox” (the motto of the New Saint Thomas Institute) comes from Deuteronomy 25:4.

But what about his second citation of “Scripture” that he quotes as: “The laborer deserves his wages” (Ἄξιος ὁ ἐργάτης τοῦ μισθοῦ αὐτοῦ)?

In Luke 10:7 we find the exact phrase with the Greek word order preserved just as Saint Paul cites it:

And remain in the same house, eating and drinking what they provide, for the laborer deserves his wages. Do not go from house to house (Luke 10:7).

In 1 Timothy 5:17–18 we observe Saint Paul quoting the Gospel of Luke as Scripture on equal level with Deuteronomy!

I take 1 Timothy as authentically Pauline (I’m Catholic). This demonstrates that:

Since Paul knew the Gospel of Luke and cited it as Scripture, there is no problem in identifying Paul’s “famous brother in the Gospel” (2 Cor 8:18) as Saint Luke made famous for publishing the Gospel of Saint Luke.

Suddenly there is an internal strength to the canonical New Testament. The NT wasn’t spliced together one hundred years after Christ. The Gospel of Luke comes less than thirty years after the resurrection…and it’s being cited by the Apsotles as “Scripture” on par with the Torah!

Categories: History, Scripture, Tradition
Disclosure of Material Connection: Some of the links in the post above are “affiliate links.” This means if you click on the link and purchase the item, I will receive an affiliate commission. Regardless, I only recommend products or services I use personally and believe will add value to my readers. I am disclosing this in accordance with the Federal Trade Commission’s 16 CFR, Part 255: “Guides Concerning the Use of Endorsements and Testimonials in Advertising.”