Were there sacraments in the Old Testament? Did God use visible signs to dispense His grace. In the New Testament, baptism is the sacrament of faith and the divine instrument by which Christ washes away sin and incorporates us into His mystical body. 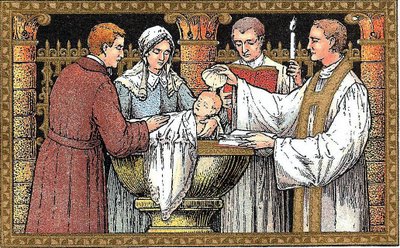 Corresponding to that, baptism now saves you– not the removal of dirt from the flesh, but an appeal to God for a good conscience – through the resurrection of Jesus Christ (1 Pet 3:21).

But what about in the Old Testament? Tim writes:

What does the Church teach about last Sunday’s leper being saved without being baptized? I have searched much and am left wanting?”

Sacraments in the Old Testament for Salvation

Prior to the death of Christ, salvation worked through the economy of grace in the Old Covenant. The leper’s circumcision availed for baptism in the case of the leper. Also, he may have been baptized by the Apostles. I imagine that a healed leper would seek out the Apostles and want to learn more about Jesus Christ, but we do not know for sure.

Whether he was eventually baptized or not, we should take a moment and learn about the “sacraments of the Old Law.”

For example, when parents circumcised their son, they were implicitly placing faith in the Messiah who was the redemptive Seed of Genesis 3:15.

Observation of Old Law Sacraments in the New Testament

Thomas Aquinas, therefore, teaches that observation of any of the Old Testament sacraments (for example, ceremonial circumcision or Passover Seder meals) consist of grave matter and constitute mortal sin when done with full knowledge and consent. Following Saint Paul, both Saint Augustine and Saint Thomas Aquinas (and Duns Scotus) believe that Christian observation of Old Testament sacraments (circumcision, kosher laws, Seder meals, etc.) is a sign of sin against the New Testament with its efficient sacraments (baptism, Eucharist, etc.). This is not a popular teaching today, but I think we need to rethink Seder meals since they are contrary to the explicit teaching of many Doctors of the Catholic Church.

If you’re interested in going deeper in your faith and want to take theology courses online with me, please check out our website for the New Saint Thomas Institute.

Question: Do you have questions or comments about the Old Testament and sacraments? You can leave a comment by clicking here.