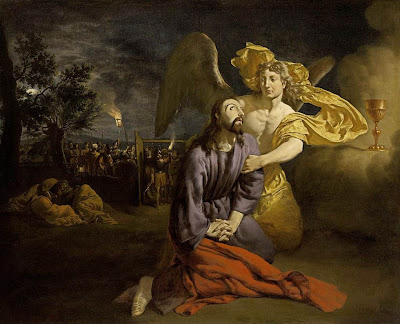 Many have said it has to do with an obscure connection between the Olivetans and his pontifical name “Benedict.” Like others, I have always found this to be a strained explanation. In light of the Holy Father’s recent abdication, I think we may have a new hint as to why Pope Benedict XVI is the “Glory of the Olive.”

Warning: If what I’m about to suggest is true, it may make some feel uncomfortable. In other words, we may be headed for some difficult times…
An Analysis of the Malachy Prophecy’s List of Popes
Here is an analysis of the end of the Malachy list. The Latin phrases are the ones given by the Malachy list:
In persecutione extrema S.R.E.
sedebit Petrus Romanus,
qui pascet oves in multis tribulationibus,
quibus transactis civitas septicollis diruetur,
& judex tremedus judicabit populum suum. Finis.
Which translates:
“In the last persecution of the Holy Roman Church,
there will sit Peter the Roman,
who will pasture his sheep in many tribulations,
and when these things have happened,
the seven-hilled city will be destroyed,
and the terrible judge will judge his people. The End.”
As you can see, if the list is legit, Pope Benedict is the next-to-last Pope.
But Why is Benedict XVI the “Glory of the Olive”?

Our Lord Jesus Christ, on the night He was betrayed, after the Last Supper, went to the Garden of Gethsemane to pray. We Catholics know this as the First Sorrowful Mystery, the Agony in the Garden.
The word Gethsemane in Hebrew is: גת שמנים‎ and it means “olive oil press.” In fact, the Garden of Gethsemane is located at the Mount of Olives.
The Agony of the Garden among the olive trees is the prelude to the Passion of Christ! The episode at the Mount of Olives is the beginning of the redemptive sorrows ending in the crucifixion and death of Christ.
So likewise, Pope Benedict’s sorrowful agony as Pope may be the prelude to the final Passion of Christ’s Church. His papacy is the glory of the olive because he was placed in the Agony of the Garden for the Church. All have fallen asleep. He is betrayed by his closest friends and counselors. He is all alone. He is staring into the chalice of God’s wrath and he is asking that it be taken from him!
“And they came to a farm called Gethsemani. And he saith to his disciples: Sit you here, while I pray. And he taketh Peter and James and John with him: and he began to fear and to be heavy. And he saith to them: My soul is sorrowful even unto death. Stay you here and watch. And when he was gone forward a little, he fell flat on the ground: and he prayed that, if it might be, the hour might pass from him. And he saith: Abba, Father, all things are possible to thee: remove this chalice from me; but not what I will, but what thou wilt.” (Mark 14:32–36, D-R)
Pope Benedict is alone and he may know that we are about to enter into the Passion of the Catholic Church. The abdication may confirm that Pope Benedict is the Glory of the Olive. He is asking God to “remove this chalice from me.” 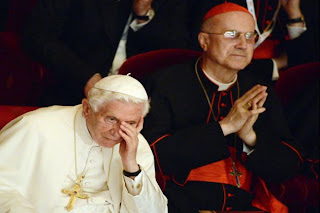 If the Malachy list is legit, then the events of the last several days reveal something more profound about the Benedict’s identity as the “Glory of the Olive.” So far, his identity with the “olive” is more obvious. Like Christ His Lord, His Holiness is alone and betrayed. Perhaps something “glorious” will happen in the next days and weeks. Let’s pray for our Holy Father. And let’s pray for the Catholic Church.

I want to reiterate that I remain optimistic about the future, even if we are entering into difficult times. Remember the words of Saint John: “Because greater is he that is in you, than he that is in the world.” (1 Jn 4:4, D-R) I would encourage you to memorize that Bible verse.

Question: Are we entering into the final “Passion of the Catholic Church”? Also, how would the papal abdication relate to the phrase “remove this chalice from me”? Please leave a comment below in the comment box. I would like to hear your ideas and suggestions.