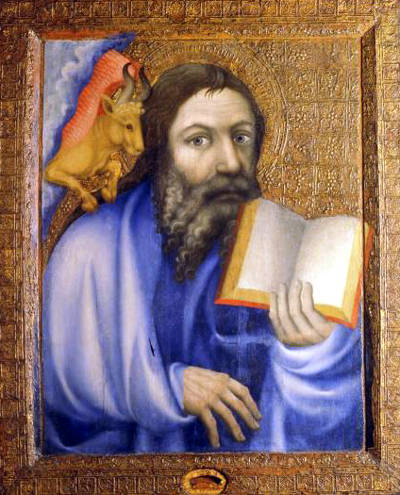 Unlike the other Epistles of the New Testament, Hebrews does not explicitly cite its author. It does not bear a name. This had led to speculation about its author. Was it written by Paul, Barnabas, Luke…I even once heard someone claim that it was written by the Blessed Virgin Mary!
Like most the Church Fathers and Saint Thomas, I hold that Saint Luke wrote the epistle to the Hebrews, which Saint Paul authored.
Let me explain. In antiquity men composed important documents through a secretary. The important outline and content were expressed and set down by the author. Next, an amenuensis (Greek for secretary or “personal assistant”) would create the document. The author would review the work and then ask for changes or improvements. Finally, the document would be issued.
This, I believe, is precisely how Saint Paul authored the Epistle of Hebrews. The document is essentially the same argument of Galatians, but with much more elaboration and Scriptural support.
I realize that the Epistle to the Hebrews does not explicitly bear the name of Paul, but Catholic tradition holds it to be at least Pauline, even if the Apostle did not personally write it down with his own hand.
Paul seems to have been losing his eyesight (Gal 4:15), and it therefore makes sense that he would author his epistles by using his assistants as secretaries.
We might assume that Luke the physician performed this duty for Paul in the apostle’s final years, since Paul himself admits, “Luke alone is with me” (2 Tim 4:11). In fact, the style and vocabulary of Paul’s last three epistles (1 Timothy, 2 Timothy, and Titus) bear some similarities to those books authored by Luke (Gospel of Luke and Acts of the Apostles). Catholic tradition holds that Luke redacted the final version of the anonymous epistle to the Hebrews on Paul’s behalf, a view endorsed by none other than Saint Thomas Aquinas.
Also of note, before the Novus Ordo Missae of the Pope Paul VI, the old Latin Mass always introduced readings from Hebrews as “Lectio Epistolae beatae Pauli Apostoli ad Hebraeos” or “A reading of the Epistle of Blessed Paul the Apostle to the Hebrews.”
This over one thousand year old liturgical tradition of identifying Paul as the author of Hebrews, cannot be ignored.
Do you enjoy this post? It comes from Dr Taylor Marshall’s book The Catholic Perspective on Paul available at amazon.com. Click here for details. Please consider acquiring the whole book.
Comment | Share | Tweet | Buffer | print | email