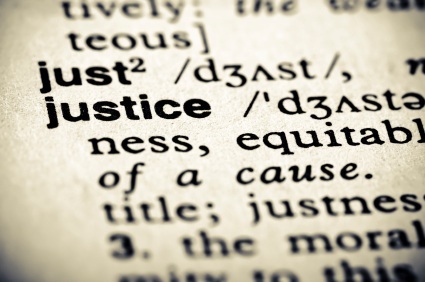 A man once told me about his brother who had become a Catholic priest. This brother, before he was ordained, admitted that he had ceased to believe in the doctrines of the Apostle’s Creed – that he no longer believed the Catholic Faith – that is was a collection of myths. Nevertheless, the brother went along and was ordained a Catholic priest. Why? He said that being a Catholic priest would enable him to have a better platform for social justice than if he had simply remained a normal member of the local community. You see, he didn’t believe the Catholic Faith. Instead, he resorted to social justice as the final good for mankind.
Of the Catholic priests, religious, and laymen that I have met, those that have dissented from the revealed doctrines of Christ and the Apostles given to the Church have also spoken as if social justice or social work is the highest good of the Christian and should be the highest goal of the Catholic Church.
For example, one might have denied transubstantiation, the existence of Hell, the conditions for mortal sin, and/or salvation through Christ alone, but he was always convinced about the Church’s vocation to social justice. In fact, if you listen carefully, they subscribe to a kind of religious communism – what is known as liberation theology. Why is this?
Saint Thomas Aquinas provides us the answer. Spiritual goods can be shared equally by all because God is all in all. The beatific vision is not reduced by another person sharing in it. Likewise, sanctifying grace is not reduced when another sinner receives grace. Rather the grace is magnified as it is shared. This is a fundamental principle of Catholic theology.
However, material goods do NOT work like this. The more people sharing a pizza entails that each person gets less pizza. The same goes for property, water, money, coal, or any other natural resource. God is infinite. Matter is finite.
Those that deny our supernatural end and good which is the beatific vision, must then take the supernatural principle (the beatific vision of God is not divisible) and apply it to earthly goods. They supernaturalize material goods as man’s final end.
Yes, we should provide social justice and endure hardships for the well-being of others. The wealth should be spread to others. However, Our Lord Christ said, “Seek ye therefore FIRST the kingdom of God, and his justice, and all these (material) things shall be added unto you.” We must never forget that the salvation of souls through proper preaching, spiritual direction, and sanctification is a higher priority than social justice. That being said, social justice is the will of God. But it is not an end in itself. It is is means to deliver our souls and the souls of others into the sanctifying grace of God and finally into the beatific vision of God. God loves justice and he hears the prayers of the poor, the widowed, and the orphaned. As Catholics we should have a love for the poor and for poverty itself since this was the state of Christ, Hist Mother, Saint Joseph, and His Holy Apostles. Social justice is an integral element of Christian identity and Christian orthodoxy – it just isn’t the highest good.
In conclusion it is the observation of many that those who are dedicated to Catholic orthodoxy, a life of penance and the acquisition of grace – that these are the very ones that serve the poor and proclaim justice. Many of the Church’s greatest saints and even doctors were well known for their love of the poor and their willingness to alleviate the suffering of their neighbors. Some even became enslaved on behalf of others. Yet these same men and women were pillars of orthodoxy, lovers of the sacraments, faithful to the Church, and far advanced in the mystical life.

To replace the superior ideal which he has abandoned, man may, for example, place his religion in science or in the cult of social justice or in some human ideal, which finally he considers in a religious manner and even in a mystical manner. Thus he turns away from supreme reality, and there arises a vast number of problems that will be solved only if he returns to the fundamental problem of the intimate relations of the soul with God.’