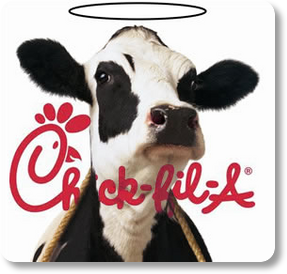 His name is Bill Soltesz. Let me introduce him.
In 2006, wen I was still an Episcopalian priest and ready to enter the Catholic Church, I went to Washington, DC to interview for a position at the Catholic Information Center. As I mentioned on EWTN recently, this was the job I received after praying the nine-day novena to Saint Jude. While in DC, I was invited by the Director, Father Bill Stetson to attend the National Prayer Breakfast with President George W. Bush.
The hotel that the Presidential Prayer Breakfast was held in was the one at which President Reagan had been shot, the Washington Hilton. Security was everywhere.
I was reading the USA Today in the lobby and enjoying a cup of coffee, when I gentlemen introduced himself. I was wearing a clerical collar and the man assumed I was a Catholic priest. His name was Bill Soltesz.
I told him that I wasn’t a Catholic priest but was praying to enter the Catholic Church soon and shared with him my story. We became instant friends and he spent the rest of the day introducing me to Catholic bishop after Catholic bishop, Tom Monaghan of Ave Maria University and Legatus (who was a relative cause for my conversion to Christianity with the baseball signature with Romans 10:9 – a story I have told on EWTN and elsewhere), priests, friars, nuns, and various other politicians and big shots in the DC circuit. It was a great day. I will always remember Bill Soltesz as the guy whom God appointed to be waiting at the door of the Catholic Church to help me enter therein.
After I accepted the position at the Catholic Information Center, I stayed with Bill Soltesz’s family. He drove me around and around until we found a home for my family in McLean, Virginia near Saint John’s Catholic Church.
He has always been a dear friend and an advocate for me in every way. He was a great encouragement to me as I was writing my first book – The Crucified Rabbi.
Bill recently shared a great story with about Chik-fil-A
Bill Soltesz worked for CFA from 1979 to 1982 when they had fewer than 100 stores.
Truett Cathy and Bill became very good friends. He invited Bill to come visit him in October of 1982. He picked Bill up at the airport and he stayed at his home over the weekend. They rode motorcycles most of the day Saturday, went to church on Sunday. One night, as they were eating their ice cream, Truett said he was planning to meet with his sons and senior staff in the next few days and try to develop a corporate purpose statement for Chick fil A.
He had a yellow pad of paper, tore off a sheet and handed one to Bill. He wrote the words “To be good stewards of the gifts that God has given us.” Bill wrote the words “To have a positive influence on everyone who comes into contact with Chick fil A.” Truett said ” I like both of these.”
Soltesz said, “It was easy for me to come up with those words because Truett and Chick fil A really did have a positive influence on my life.”
That has been the corporate purpose statement for CFA since Truett and Soltesz wrote those words on October 1982. They are inscribed in stone at the entrance to the CFA headquarters on Buffington Road in Atlanta.
So there you have it. Half of the Chick fil A purpose statement was written by a devout Baptist, and the other half by a devout Catholic.
As Paul Harvey used to say, “That’s the rest of the story!”
And last of all, thanks Bill for all that you have done.
Do you enjoy reading Canterbury Tales by Taylor Marshall? Make it easier to receive daily posts. It’s free. Please click here to sign up by Feed or here to sign up by Email. Please also explore Taylor’s books about Catholicism at amazon.com.
Comment | Share | Tweet | Buffer | print | email