I have heard or read it dozens of times. There are Catholics that assert that the Immaculate Mary did not die. They claim that when Pope Pius XII dogmatically declared the Assumption of Mary, he left the question open. The cite the following from Munificentissimus Deus: 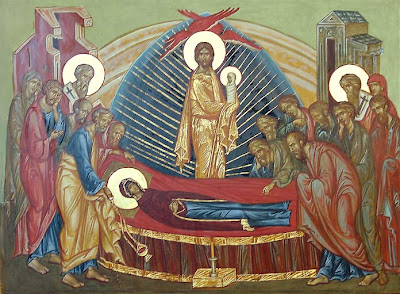 Here, it is said, that the Holy Father left the question open by declaring only “having completed the course of her earthly life,” and not “having died.”

This begs the question, what did Pope Pius XII intend when he wrote, “having completed the course of her earthly life”? As in the study of Sacred Scripture, the answer lies in context.

Citing Pope Adrian I, His Holiness Pope Pius XII records: “Venerable to us, O Lord, is the festivity of this day on which the holy Mother of God suffered temporal death, but still could not be kept down by the bonds of death, who has begotten your Son our Lord incarnate from herself.”

Citing the Byzantine liturgy: “As he kept you a virgin in childbirth, thus he has kept your body incorrupt in the tomb and has glorified it by his divine act of transferring it from the tomb.”

Citing Saint Modestus, the Holy Father writes: “As the most glorious Mother of Christ, our Savior and God and the giver of life and immortality, has been endowed with life by him, she has received an eternal incorruptibility of the body together with him who has raised her up from the tomb and has taken her up to himself in a way known only to him.”

The citations employed Pope Pius XII reveal that he believed and intended to show that the Immaculate Virgin Mary did in fact undergo death prior to her glorious Assumption.