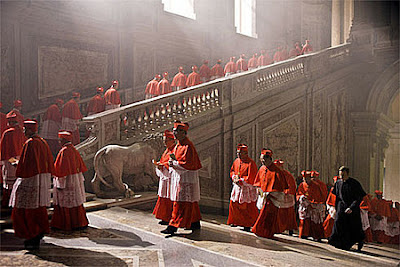 The Pope is allowed to name secret cardinals or cardinals in pectore (Latin for “in the breast”), since only the Pope knows in his heart.
During the reign of Pope Martin V, cardinals were created without publishing their names until later, termed creati et reservati in pectore. Nevertheless, these were officially cardinals from the moment of their secret appointment. This entails that there are and could be cardinals out there who do not even know that they are cardinals!
However, in pectore cardinals can only function as cardinals when their appointment is made public. The practice is used today in order to protect hierarchs from hostile situations or tyrants (as is the case in China).
When political conditions change, the Pope then makes the appointment public. The secret cardinal would then rank in precedence with those raised to the cardinalate at the time of his secret in pectore appointment. However, if a pope dies before revealing a secret in pectore cardinal, the cardinalate expires.
We know that Pope Blessed John Paul II elevated at least four in pectore cardinals[1], but we only know the identity of three:
The fourth cardinal was created in 2003, but was never revealed. This would mean that this cardinal’s tenure expired at the death of the Holy Father.
Question: Does Pope Benedict XVI have any rumored in pectore cardinals?
[1] “His Holiness John Paul II Short Biography.” Holy See Press Office. 30 June 2005.
Do you enjoy reading Canterbury Tales by Taylor Marshall? Make it easier to receive daily posts. It’s free. Please click here to sign up by Feed or here to sign up by Email. Please also explore Taylor’s books about Catholicism at amazon.com.
Comment | Share | Tweet | Buffer | print | email

Categories: Pope, Tradition
Disclosure of Material Connection: Some of the links in the post above are “affiliate links.” This means if you click on the link and purchase the item, I will receive an affiliate commission. Regardless, I only recommend products or services I use personally and believe will add value to my readers. I am disclosing this in accordance with the Federal Trade Commission’s 16 CFR, Part 255: “Guides Concerning the Use of Endorsements and Testimonials in Advertising.”