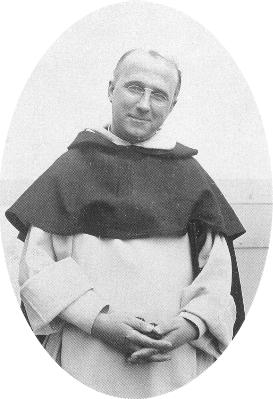 Some souls, because of their negligence or spiritual sloth, do not pass from the age of beginners to that of proficients. These are retarded souls; in the spiritual life they are like abnormal children, who do not happily pass through the crisis of adolescence and who, though they do not remain children, never reach the full development of maturity. Thus these retarded souls belong neither among beginners nor among proficients. Unfortunately they are numerous.

What is one of the chief impediments? One of them is being tolerant of venial sin as if it were permissible and okay to permit knowingly even one small weed to grow in the garden of the Lord. Father Garrigou-Lagrange explains:

Th soul falls into tepidity, which, with habitual negligence, is affection for venial sin or the disposition of the will to commit certain venial sins deliberately when the occasion presents itself. There is finally, as it were, the firm resolution to remain in this state. In addition to the lack of the spirit of sacrifice, other causes may produce this tepidity of retarded souls: namely, levity of spirit, the thoughtlessness with which one tells, for example, officious lies (i.e., lies of expediency) whenever the occasion offers; spiritual sloth, which leads finally to the abandonment of the spiritual war against our defects, against our predominant fault, which quite frequently tries to pass for a virtue, and gives rise in us to other more or less inordinate passions.

A person thus arrives at carelessness and indifference in regard to perfection and no longer truly tends toward it. The fact that he has perhaps promised to tend toward it by the way of the counsels is forgotten, as is also the loftiness of the supreme precept: “Thou shalt love the Lord thy God with thy whole heart and with thy whole soul and with all thy strength and with all thy mind.”

I cite these passages primarily as warnings to myself. Lent would be the ideal time to make war against habitual venial sins.

Blessed John Paul II said that we must “return to a proper sense of sin.” All sin, be it venial or mortal sin is an offense against God Who loves us more than we can understand. Envy, grumbling, complaining, fits of agitation, procrastination, undue flattery, the desire to be at the center of attention – these are those little venial sins that we so easily dismiss as unimportant.

In The Soul of the Apostolate

, Dom Jean-Baptiste Chautard (1858– 1935) provided the uncomfortable picture of a Christian soul as “swarming like an anthill with venial sins.” I believe this depiction of unchecked venial sin comes originally from Saint John Vianney (I’d love to know for sure if anyone out there knows).

Venial sins in themselves won’t damn us, but they surely pave the way. But worst of all, venial sins displease God and that alone is reason to battle against them. If our hearts are to be all aflame for love of Christ, venial sin is certainly the fire retardant.
Do you enjoy reading Canterbury Tales by Taylor Marshall? Make it easier to receive daily posts. It’s free. Please click here to sign up by Feed or here to sign up by Email. Please also explore Taylor’s books about Catholicism at amazon.com.
Comment | Share | Tweet | Buffer | print | email