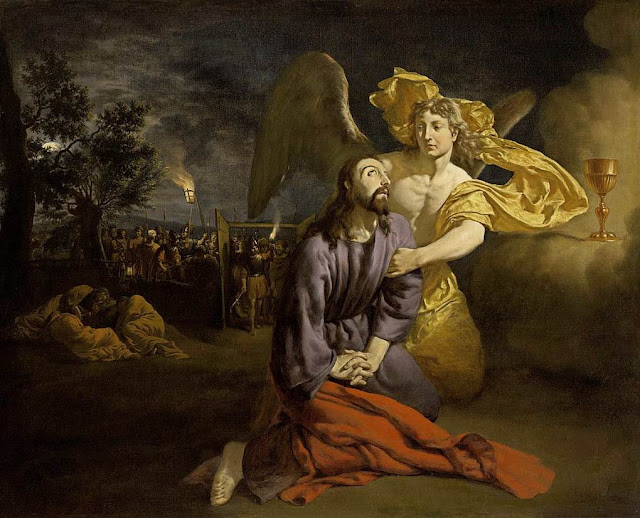 Christ our Lord is the hidden Savior. He is the opposite of a celebrity. He kept His ministry hidden. Even His public teaching is shrouded in parables. One might suppose that after His resurrection He would have gone to the Temple in Jerusalem and preached His inaugural sermon as the resurrected King of Glory. He did not. Rather we read that He often remain hidden and often alone in silence:
“And having dismissed the multitude, he went into a mountain alone to pray. And when it was evening, he was there alone.” (Matthew 14:23, D-R)
“Then he commanded his disciples, that they should tell no one that he was Jesus the Christ.” (Matthew 16:20, D-R)
“And he saith to him: See thou tell no one; but go, shew thyself to the high priest and offer for thy cleansing the things that Moses commanded, for a testimony to them.” (Mark 1:44, D-R)
And he strictly charged them that they should not tell any man of him. (Mark 8:30, D-R)
“And it came to pass, as he was alone praying.” (Luke 9:18, D-R)
How does Christ communicate His love and grace to us most perfectly? Not in outward performances of power, but in hidden ways despised by the world.
Bread and wine are not fancy items and yet He is most present after transubstantiation in what appears to be bread and wine.
Old men are despised by our world, and yet these He has chosen as His vicars on earth. They represent Him.
A Jewish girl in her teens was lifted above all the angels and saints. In her stainless womb, He became man. Within the the Mother of God, He is rightly honored as the Word made flesh.
Murdered people are not celebrated, yet the martyrs are the glorious echoes of His redemptive suffering in the world.
To enter into a Catholic church is be confronted with imagery that contradicts what we assume about the majesty of God. The five senses see bread and wine, a picture of an old man living in Rome, a statue of a veiled girl, statues of murdered people and those who suffered in this life. Old ladies. Poor people. Only faith can communicate to our souls that God has chosen these things to communicate His grace and love. He hides Himself so that He can give Himself to those who truly love Him.

“Whither is thy beloved gone, O thou most beautiful among women? whither is thy beloved turned aside, and we will seek him with thee? My beloved is gone down into his garden, to the bed of aromatical spices, to feed in the gardens, and to gather lilies. I to my beloved, and my beloved to me, who feedeth among the lilies.” (Song of Solomon 5:17–6:2, D-R)

Do you enjoy reading Canterbury Tales by Taylor Marshall? Make it easier to receive daily posts. It’s free. Please click here to sign up by Feed or here to sign up by Email. Please also explore Taylor’s books about Catholicism at amazon.com.
* There is a tradition that the angel that comforted Christ in His Agony in the Garden was Saint Gabriel.  “And there appeared to him an angel from heaven, strengthening him. And being in an agony, he prayed the longer.” (Luke 22:43, D-R) The name Gabriel means strength of God or might of God.
Comment | Share | Tweet | Buffer | print | email