The unified consensus against contraception fell apart in 1930, when the Seventh Lambeth Conference of the Church of England, representing the Anglican Communion, issued a statement allowing birth control “when there is a clearly felt moral obligation to limit or avoid parenthood and where there is a morally sound reason for avoiding complete abstinence.” This highly controversial decision was gradually accepted by Protestants in general so that currently 90% or more (according to a Harris Interactive poll) practicing Evangelicals support the use of contraceptives and contraceptive behavior. Although the Duggars of “19 and Counting” fame are Protestant, they are certainly the exception. 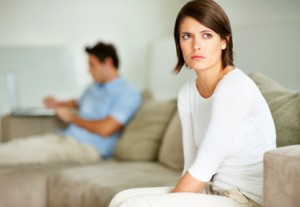 It’s been about 80 years since Protestants changed their position, so that hardly anyone living today remembers a time when all those claiming the title “Christian” opposed contraception. Even the Eastern Orthodox have caved in. The Eastern Orthodox, who claim to be stalwart defenders of their tradition, have reversed the tradition and allowed for contraception – contradicting the plain teaching of Saint John Chrysostom on this matter. The Eastern Orthodox Metropolitan Jonah here in the United States is leading the charge in this regard.

The only people defending the traditional view universally against contraception are Catholics. We’re riding solo and it’s a tough battle.

In the discussions regarding American health care and the HHS debate, many folks (even some Catholics) are confused as to why Catholics are so concerned about contraception. “Everybody is doing it,” so it can’t be wrong…right?

Well, just remember that “contraceiving  Christians” is a new phenomenon. It was formerly believed to be gravely evil. Let us examine six reasons why contraception is sinful and contrary to God’s will.

1. Contraception is contrary to natural law. The male and female procreative organs naturally come together to procreate a child. The word procreate includes the term “create” since a new life is made. In the case of humans, a new immortal soul is created by God when the father and mother come together and conceive a new person. As Peter Kreeft said, the most holy place on earth is the altar where the Eucharist is consecrated – the second most holy place is the woman’s body since it form there that new immortal souls spring forth. The procreative organs naturally function for procreation. That is why God made them as they are. To frustrate the act (interruptus or barrier) is gravely sinful. To poison the body with hormones so as to inhibit the woman’s natural cycle of fertility (birth control pill) is gravely sinful. To cut out or purposefully scar procreative organs (sterilization) is gravel sinful. These acts seek to destroy what is natural.

2. In the Bible, babies are always a blessing, never a curse.

Lo, children are a heritage from the LORD, the fruit of the womb a reward. Like arrows in the hand of a warrior are the sons of one’s youth.
Happy is the man who has his quiver full of them! He shall not be put to shame when he speaks with his enemies in the gate (Ps 126:3-5).

The Catholic Church has always agreed with the words of this Psalm: “children are a heritage from the Lord. Happy is the man who has a quiver full of them!” To this effect, Saint Paul teaches:

Yet woman will be saved through bearing children, if she continues in faith and love and holiness, with modesty (1 Tim 2:15).

Granted, this is an obscure passage, but it highlights the esteemed role that women have in bringing new souls into the world. The Christian wife is exhorted to possess “faith and love and holiness, with modesty” but her personal sacrifice of bearing children is esteemed as the greatest response to the grace of God in her life. Just as God the Father is always open to more and more children whom he loves, so also the Catholic parent remains open to this precious gift of life.

The emphasis on the gift of life and the rules and norms for protecting it are essential to Catholic moral teaching. The sexual abuses condemned by the Apostle Paul can be summed up as an abuse of one of the greatest gifts given to humanity—the ability to cooperate with God’s creative power. God could have continued to create human beings just like he created Adam; instead He chose to bring about new persons through the institution of marriage and the family.

Some may object: “Yes, but God killed him for not fulfilling Levirate duties – not for contraception.” This objection is poor since Judah also failed in executing the Levirate obligations – but he was not killed by God. So then, it was the contraceptive act in particular that proved both sinful and mortal for Onan.

Now the works of the flesh are plain: fornication, impurity, licentiousness, idolatry, sorcery {pharmakeia}, enmity, strife, jealousy, anger, selfishness, dissension, party spirit, envy, drunkenness, carousing, and the like. I warn you, as I warned you before, that those who do such things shall not inherit the kingdom of God (Gal 5:19-21).

Surely, Paul does not mean to condemn those who prescribe herbs for those suffering from gout. Looking back to Saint Paul’s list, we see that the sin of pharamakeia follows sexual sins and the sin of idolatry. These ancient witchdoctors or pharmacists were especially popular in idolatrous cultures, since pagan fertility rites often involved sexual orgies. Obviously, the women involved in these depraved rituals would not wish to bear children to strangers, and so they sought to become sterile or sought to relieve themselves of the responsibility of a child through abortion. The ancient Greek pharmacists could provide drugs to meet these goals.

The book of Revelation also condemns those who practice pharmakeia along with those who practice idolatry, murder, and sexual immorality (Rev 9:20-21). The grouping of pharmakeia with the three sins of idolatry, murder, and sexual immorality further confirms that pharmakeia is sin relating to killing and sexual impurity. The second-century physician Soranos of Ephesus, in his book Gynecology, uses the Greek term pharmakeia to refer to potions used for both contraception and abortion. In a similar manner, the third-century theologian Hippolytus condemned certain Christian women who employed “drugs {pharmakois} for producing sterility.”

“[I]n truth, all men know that they who are under the power of this disease [the sin of covetousness] are wearied even of their father’s old age [wishing him to die so they can inherit]; and that which is sweet, and universally desirable, the having of children, they esteem grievous and unwelcome. Many at least with this view have even paid money to be childless, and have mutilated nature, not only killing the newborn, but even acting to prevent their beginning to live.” John Chrysostom, Homilies on Matthew 28:5 (A.D. 391).

The second is from Saint Jerome (in AD 393) and draws on the sin of Onan:

“But I wonder why he [the heretic Jovinianus] set Judah and Tamar before us for an example, unless perchance even harlots give him pleasure; or Onan, who was slain because he grudged his brother seed. Does he imagine that we approve of any sexual intercourse except for the procreation of children?” Jerome, Against Jovinian 1:19 (A.D. 393).

And then third from Saint Augustine (in AD 419):

“I am supposing, then, although you are not lying [with your wife] for the sake of procreating offspring, you are not for the sake of lust obstructing their procreation by an evil prayer or an evil deed. Those who do this, although they are called husband and wife, are not; nor do they retain any reality of marriage, but with a respectable name cover a shame. Sometimes this lustful cruelty, or cruel lust, comes to this, that they even procure poisons of sterility…Assuredly if both husband and wife are like this, they are not married, and if they were like this from the beginning they come together not joined in matrimony but in seduction. If both are not like this, I dare to say that either the wife is in a fashion the harlot of her husband or he is an adulterer with his own wife.” Augustine, Marriage and Concupiscence 1:15:17 (A.D. 419).

In this last quote, we see that Saint Augustine’s concern that contraceptive acts turn a wife into a harlot since she is merely satisfying the lusts of her husband and not for the sake of matrimony – a word which means in Latin duty or gift of motherhood from matris (of a mother) and munus (gift, duty, office). This objectification of women brings us to our last reason…

Contraception is often an uncomfortable topic to discuss with family and friends – especially when they are amused or alarmed by large families that welcome new children. Let this post do some of the work for you. Please share this with your friends via Facebook and other means. People, especially women, don’t really want to subject themselves to contraceptive practices. Let’s prayerfully and humbly help others to be whole, healthy, and holy in this regard.

Behold the inheritance of the Lord are children: the reward, the fruit of the womb.” (Psalm 126:3, D-R)

Do you enjoy reading Canterbury Tales by Taylor Marshall? Make it easier to receive daily posts. It’s free. Please click here to sign up by Email.