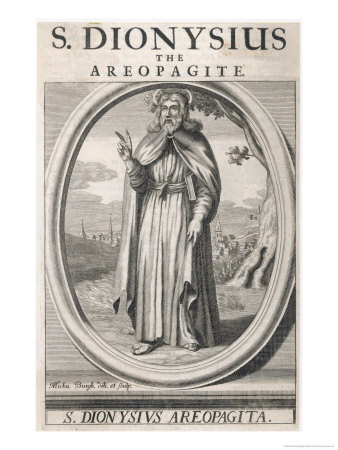 In the 1100s Gerard of Cremona discovered and translated into Latin a ninth century Arabic book bearing the title: The Book of Aristotle’s Explanation of the Pure Good.
Many assumed that this Arabic text captured an authentic metaphysical book by Aristotle. It bore the Latin title Liber de causis or “Book of Causes.”
About one hundred years later, Thomas Aquinas (so the legend goes) asked William of Moerbeke to translate The Elements of Theology by Proclus from the original Greek into Latin. The Latin translation of Proclus’ Elements of Theology became available in 1268 – six years before the death of Saint Thomas.
Saint Thomas discovered something amazing. What was assumed to be Aristotle’s Book of Causes was actually an Arabic bastardized version of Proclus’ Elements of Theology.
Think about it. Aristotle died in 322 before Christ. Proclus died in the year of Our Lord 485. That’s a difference of 807 years. What a goof up!
So Saint Thomas Aquinas picked up on the borrowing and was able to solve the mystery.
Ah…but there is more mystery.
If you have read much Saint Thomas Aquinas, you know that he loves Dionysius the Areopagite. Thomas cites Dionysius 1,700 times. That’s really important. This means that Dionysius is one of the most quoted sources for Thomas – right up there with Augustine and Aristotle.
Modern scholars hold that the works of Dionysius are a Christianized version of Proclus. They even claim that the “Pseudo-Dionysius” borrows directly from the pagan philosopher Proclus. This entails that the traditional dating of the Dionysian books cannot be placed during the time of the Apostles. Rather, the “Pseudo-Dionysian” books would need to be dated after Proclus – sometime around AD 500.
If Thomas Aquinas figured out that the Liber de Causis derived from Proclus, why didn’t he figure out that Dionysius also derived from Proclus? Hmmm. Well maybe there is more to this story. I’m currently studying the issue. So far, I’ve discovered that many of the so-called Proclian elements in the Dionysian works can be traced straight to Aristotle’s authentic works. If this is always the case, then perhaps we need not claim that a Pseudo-Dionysius was borrowing from Proclus. This would allow us to follow Thomas Aquinas who believed that Dionysius is none other than the true Dionysius converted by St Paul in Acts 17. There are other complications, but it is rather interesting. Stay tuned.
Godspeed,
Taylor
PS: I’m also working on a translation of St Thomas Aquinas’ commentary on Dionysius’ Divine Names. However, I hear that others are doing the same thing. Can anybody out there confirm this rumor. I don’t want to labor on the translation if someone else is doing it.
Comment | Share | Tweet | Buffer | print | email