Comment | Share | Tweet | Buffer | print | email
It is now commonly assumed that our Lord Jesus Christ was not born on December 25th. I’m going to argue that this assumption is factually incorrect, and that Christ was born in late December. First allow me to counter a three common objections to the dating of Christ’s birth to December 25. 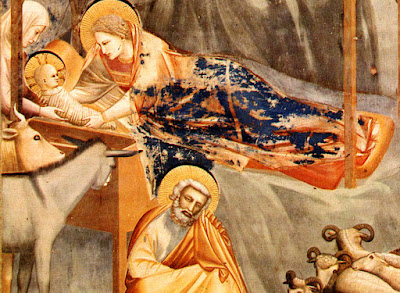 Objection 1: December 25th was chosen in order to replace the pagan Roman festival of Saturnalia. Saturnalia was a popular winter festival and so that Catholic Church prudently substituted Christmas in its place.

Reply to Objection 2: Let’s begin with the cult of the Unconquered Sun. The Emperor Aurelian introduced the cult of the Sol Invictus (“Unconquered Sun”) to Rome in AD 274. Aurelian found political traction with this cult, because his own name “Aurelian” derives from the Latin word aurora denoting “sunrise.” Coins reveal that Emperor Aurelian called himself the Pontifex Solis or “Pontiff of the Son.” Thus, Aurelian simply accommodated a generic solar cult and identified his name with it at the end of the third century.

Most importantly, there is no historical record for a celebration Sol Invictus on December 25 prior to AD 354. Even in AD 354, the date is simply designated as “Invictus” without mention of a birthday. The date only explicitly became the “Birthday of the Unconquered Son” under (drumroll please) the Emperor Julian the Apostate who had been a Christian but who had apostatized and returned to Roman paganism. History reveals that it was a former Christian Emperor (who hated Christ) that erected a pagan holiday on December 25. Think about that for a moment.

Why does all this matter? It means that the Unconquered Son was not likely a popular deity in the Roman empire. This entails that the Roman plebs did not need to be weened off of an so-called ancient holiday. Moreover, the tradition of a December 25th celebration does not find a place on the Roman calender until after the Christianization of Rome. The “Birthday of the Unconquered Son” holiday was scarcely traditional and hardly popular. Saturnalia (mentioned above) was much more popular, traditional, and fun. It seems, rather, that Julian the Apostate had attempted to introduce a pagan holiday in order to replace the Christian one!

Objection 3: Christ could not have been born in December since Saint Luke describes shepherds herding in the neighboring fields of Bethlehem. Shepherds do not herd during the winter. Thus, Christ was not born in winter.

Answer to Objection 3: This objection is the worst objection of all. Recall that Palestine is not England, Russia, or Alaska. Bethlehem has a latitude of 31.7. My city of Dallas, Texas has the latitude of 32.8 and it’s still rather comfortable outside in December. As the great Cornelius a Lapide remarks during his lifetime, one could still see shepherds and sheep in the fields of Italy during late December…and Italy is geographically to the north of Bethlehem.

Now we move on to establishing the birthday of Christ from Sacred Scripture in two steps:

Step One: Determine the Birthday of John the Baptist
We can discover that Christ was born in late December by observing first the time of year in which Saint Luke describes Saint Zacharias in the temple. This provides us with the approximate conception date of Saint John the Baptist. From there we can follow the chronology that Saint Luke gives and that lands us right smack at the end of December.

Saint Luke reports that Zacharias served in the “course of Abias” (Lk 1:5) which Scripture records as the eighth course among the twenty-four priestly courses (see Neh 12:17). Each course served one week in the temple for two times each year. The course of Abias served during the eighth week and the thirty-second week in the annual cycle.* However, when did the cycle of courses begin?

The second-century Protoevangelium of James also confirms a late September conception of the Baptist since the work depicts Saint Zacharias as High Priest and as entering the Holy of Holies—not merely the holy place with the altar of incense. This is a factual mistake because Zecharias was not the high priest, but one of the chief priests.** Still, the Protoevangelium regards Zecharias as a high priest and this associates him with the Day of Atonement, which lands on the tenth day of the Hebrew month of Tishri (roughly the end of our September). Immediately after this entry into the temple and message of the angel Gabriel, Zacharias and Elizabeth conceive John the Baptist. Allowing for forty weeks of gestation, this places the birth of John the Baptist at the end of June—once again corresponding to the Catholic date for the Nativity of Saint John the Baptist on June 24.

Step Two: Determine the Birthday of Christ
The rest of the dating is rather simple. We read that just after the Immaculate Virgin Mary conceived Christ, she went to visit her cousin Elizabeth who was six months pregnant with John the Baptist. This means that John the Baptist was six months older that our Lord Jesus Christ (Lk 1:24-27, 36). Add six months to June 24 and it reveals December 24-25 as the birthday of Christ. Subtract nine months from December 25 and it reveals that the annunciation was March 25. All the dates match up perfectly.

So then, if John the Baptist was conceived shortly after the Jewish Day of the Atonement, then the traditional Catholic dates are essentially correct. The birth of Christ would be about or on December 25.

Look for two more posts in the next several days:

Part II: Why the Virgin Mary assures us that December 25 is the Birthday of Christ.

PS: I realize that Anne Catherine Emmerich states that Christ was born in November. There are three ways to account for this. First, she may have got it wrong (I don’t like this option). Second, the man who wrote down her visions got it wrong. Third, she confused the Jewish months since they do not correspond to our months. It’s probably the second or third.

** The Greek tradition especially celebrates Saint Zacharias as “high priest.” Nevertheless, Acts 5:24 reveals that there were several “chief priests” (ἀρχιερεῖς), and thus the claim that Zacharias was a “high priest” may not indicate a contradiction. The Greek tradition identifies Zacharias as an archpriest and martyr based on the narrative of the Protoevangelium of James and Matthew 23:35: “That upon you may come all the just blood that hath been shed upon the earth, from the blood of Abel the just, even unto the blood of Zacharias the son of Barachias, whom you killed between the temple and the altar.” (Matthew 23:35, D-R)

Categories: Church Fathers, Liturgy
Disclosure of Material Connection: Some of the links in the post above are “affiliate links.” This means if you click on the link and purchase the item, I will receive an affiliate commission. Regardless, I only recommend products or services I use personally and believe will add value to my readers. I am disclosing this in accordance with the Federal Trade Commission’s 16 CFR, Part 255: “Guides Concerning the Use of Endorsements and Testimonials in Advertising.”