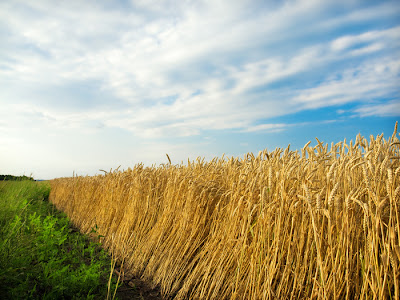 Archbishop Fulton Sheen once remarked: “There are not a hundred people in America who hate the Catholic Church. There are millions of people who hate what they wrongly believe to be the Catholic Church — which is, of course, quite a different thing” (Sheen’s Foreword to Radio Replies Vol. 1, (1938) p. ix). I also once heard the famous archbishop say that the most persuasive argument against Catholicism is Catholics themselves – since our lives to do rightly conform to the doctrine that we confess.
We must be mindful of the explicit teaching of Christ our Lord on this topic – the manifestation of Kingdom of God on earth (the Church) is a visible society of good and bad members. Christ proclaimed, “The Kingdom of Heaven is like unto a net which was cast into the sea, and gathered all kinds of fishes.”
Likewise, Our Blessed Lord refers to the Kingdom as a field with both valuable wheat and twith roublesome weed growing up together. Our Divine Savior also refers to the Kingdom as a wedding party in which there are both good and bad guests present. The Kingdom is also like investors, some of which fail and in doing so lose their principle. The Kingdom, teaches Christ, also tolerates both wise and foolish virgins.*
So then, the manifestation of the Kingdom of Heaven on earth (the Church) temporarily contains within it s visible membership the unwise, the unfaithful, heretics (so says St Paul), and even antichrists (so says St John).
This is now currently the case while the Church is invaded by unfaithful clergy, unorthodox talking heads with Ph.D.’s, so-called “pro-choice” Catholic politicians, and yes, even our own personal sins.
Christ warns us that the Church will not be perfected until He returns for us on the Last DAy. So there is no excuse to stay away from the Pope, the Church, and the Sacraments because of the “bad people.” within the Church. The desire for a “pure Church,” before the Last Day is a condemned heresy (Donatism). That there are weeds among us only reveals that there is also wheat. For the two will coexist until the end of time. And then the angels shall gather the elect into the eternal Kingdom of Heaven.
* One of the most painful sights for me as a relatively new Catholic is the existence of heterodox and dissenting nuns. It seems that the beauty and glory of femininity is expressed by Our Blessed Mother Mary and by those consecrated women who seek to live under her humble mantle. Thus, the  existence of heterodox nuns in the Church are especially troubling. Even still, Christ our Lord promised that there would be “unwise or foolish virgins” in His Church. Sad, but prophetically true.
Comment | Share | Tweet | Buffer | print | email