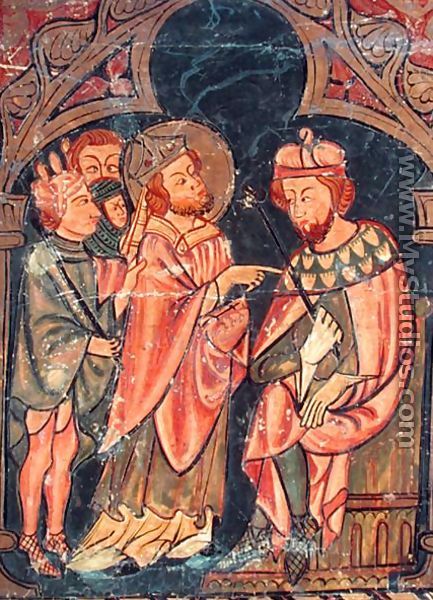 Below is the historical account of the martyrdom of St Cyprian of Carthage (AD 258). I am amazed by how calm and collected St Cyprian is. He simply knows what he believes and he knows what he has to do.
Acts of the Martyrdom of Saint Cyprian
On the morning of 14 September a huge crowd gathered at Villa Sexti as the proconsul Galerius Maximus had ordered. The proconsul commanded that Bishop Cyprian be brought to trial before him as he sat in judgement in the court called Sauciolum. When the bishop appeared the proconsul asked him: ‘Are you Thascius Cyprian?’
The bishop replied: ‘I am.’
‘And have you acted as leader in a community of impious men?’
‘I have.’
‘The sacred emperors have ordered you to sacrifice.’
‘I will not sacrifice.’
‘Consider your position.’
‘Do what is required of you. I have no need to deliberate; the issues are clear.’
Galerius consulted briefly with his advisers and reluctantly pronounced sentence in the following words: ‘You have lived in an irreligious manner for a long time now and have gathered about you a large congregation of criminals and unbelievers. You have shown yourself hostile to the gods of Rome and the rites by which they are worshipped. The pious and sacred emperors Valerian and his son, Gallienus, and the right noble Caesar, Valerian, have been unable to recall you to the practice of the official religion. Furthermore you are the instigator of abominations, a veritable standard-bearer for criminals and as such you have been brought before me. Your death will be an example to those whom you have gathered into your criminal conspiracy. Your blood will uphold the law.’ He then pronounced the following sentence from his wax tablet: ‘It is our decision that Thascius Cyprian be put to death by the sword.’ Bishop Cyprian simply said, ‘Thanks be to God.’
When sentence had been passed the assembled brethren cried out: ‘Let us be beheaded with him!’, and followed him in a huge and tumultuous crowd. Cyprian was brought to the plain of Sextus. There he removed his cloak and kneeling down he humbled himself in prayer to God. He disrobed and gave his dalmatic to the deacons. Clad only in his linen tunic he awaited his executioner.
When the executioner arrived Cyprian told his followers to give him twenty-five gold pieces. His brethren spread before him linen cloths and towels. The blessed Cyprian blindfolded his eyes with his own hands. The presbyter Julian and the subdeacon Julian tied the ends of the handkerchief since he was unable to do so himself. So died blessed Cyprian.
His body was exposed nearby to satisfy the curiosity of the pagans. During the night the body was removed by the light of wax candles and torches, and with prayer and great pomp it was brought for burial to a piece of open ground belonging to the procurator Macrobius Candidianus near the reservoirs on the Mappalian Way. A few days later the proconsul Galerius Maximus died.
The blessed Cyprian suffered martyrdom on 14 September, under the emperors Valerian and Gallienus, but in the reign of our Lord Jesus Christ, to whom is honour and glory for ever. Amen.
St Cyprian, pray for us.
Comment | Share | Tweet | Buffer | print | email