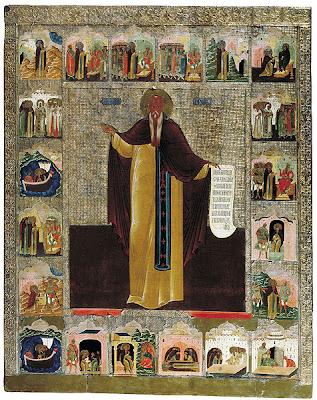 St Maximus the Confessor (d. 662)
In The Catholic Perspective on Paul I spill a lot of ink over the “faith alone” controversy, particularly as it touches Saint Paul’s epistles to the Romans and to the Galatians.
Here’s a little YouTube video that we made that addresses the epic problem that “Father” Martin Luther introduced when added “faith alone” to his German translation of Romans:
Below is a wonderful passage from St Maximus the Confessor who died in 662. Maximus was the defender of the orthodox and Catholic doctrine that Christ had two wills (divine and human) in complete synergy and agreement. For Maximus the synergy of Christ’s human will to the divine will was a model for all humans – that we should conform our wills to the will of God. Thus, Maximus anticipated and refuted the errors of John Calvin by 1,000 years.
Here is what St Maximus says about “faith alone” and “works.”

A charitable mind is not displayed simply in giving money; it is manifested still more by personal service as well as by the communication of God’s word to others: In fact, if a man’s service toward his brothers is genuine and if he really renounces worldly concerns, he is freed from selfish desires. For he now shares in God’s own knowledge and love. Since he does possess God’s love, he does not experience weariness as he follows the Lord his God. Rather, following the prophet Jeremiah, he withstands every type of reproach and hardship without even harbouring an evil thought toward any man.

For Jeremiah warns us: Do not say: “We are the Lord’s temple.” Neither should you say: “Faith alone in our Lord Jesus Christ can save me.” By itself faith accomplishes nothing. For even the devils believe and shudder.

No, faith must be joined to an active love of God which is expressed in good works. The charitable man is distinguished by sincere and long-suffering service to his fellow man: it also means using things aright.
Saint Maximus the Confessor, Centuria 1, cap. 1, 4-40: PG 90, 962-967.

As Catholics, we hold with Saint Paul and Saint James that we are “justified by “faith and works.” However, our faith is never oriented to our works. We don’t have faith in our works nor do we trust in our works. We have faith in Christ. Our works alone could never merit the love of God.
Comment | Share | Tweet | Buffer | print | email