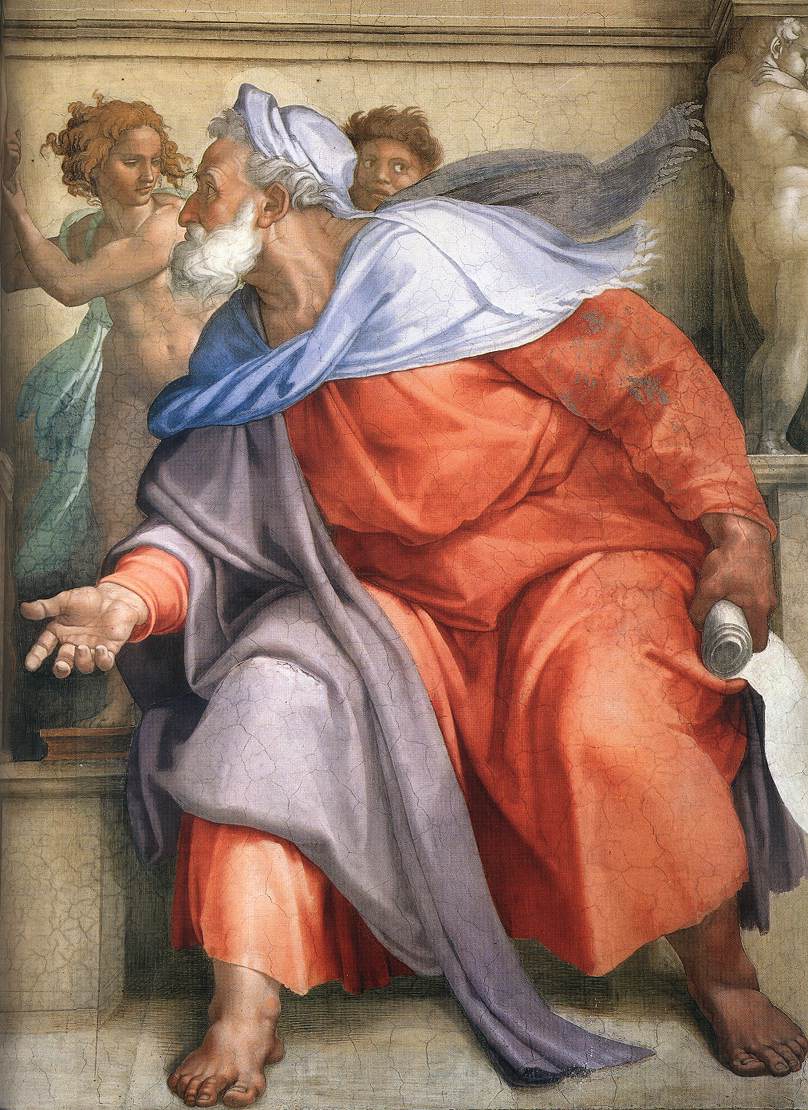 Many ancient theologians such as Saint Ambrose and Saint Augustine (and most of the Eastern Fathers) interpreted Ezekiel’s prophecy about the Temple’s closed eastern gate as a prophecy of the virgin birth of Christ. According to Ezekiel, only the Messianic lord/king/priest could enter through this eastern gate of the Temple.

“Then He brought me back
to the outer gate of the Sanctuary,
which faces East;
and it was shut.
And He said to me,
“This gate shall remain shut;
it shall not be opened,
and no man shall enter by it;
for the Lord, the God of Israel,
has entered by it;
therefore it shall remain shut.
Only the Prince may sit in it
to eat bread before the Lord;
He shall enter by way of the vestibule of the gate,
and shall go out the same way” (Ezek 44:1-3).

As the Catholic Church teaches, the Blessed Virgin Mary is perpetually a virgin – she did not have relations with Joseph after Christ’s birth in accordance with the prophecy of Ezekiel: “and no man shall enter by it; for the Lord, the God of Israel, has entered by it; therefore it shall remain shut.”

God entered creation through her womb and it was hallowed in this profound mystery. The “Prince” who is Jesus “sits in it to eat bread before the Lord.” Christ was nourished in the darkness of her womb. He gained the flesh and blood that He would offer on the cross to His Father. The “bread” reference refers to Bethlehem (which means “house of bread”). It also points forward to the supersubstantial bread of the Holy Eucharist which is His flesh and blood.

Here are a couple of beautiful passages from Ambrose and Augustine confirming this Catholic doctrine:

“Who is this gate (Ezekiel 44:1-4), if not Mary? Is it not closed because she is a virgin? Mary is the gate through which Christ entered this world, when He was brought forth in the virginal birth and the manner of His birth did not break the seals of virginity.” – Saint Ambrose of Milan (ca AD 390)

“It is written (Ezekiel 44, 2): ‘This gate shall be shut, it shall not be opened, and no man shall pass through it. Because the Lord the God of Israel hath entered in by it…’ What means this closed gate in the house of the Lord, except that Mary is to be ever inviolate? What does it mean that ‘no man shall pass through it,’ save that Joseph shall not know her? And what is this – ‘The Lord alone enters in and goeth out by it,’ except that the Holy Ghost shall impregnate her, and that the Lord of Angels shall be born of her? And what means this – ‘It shall be shut for evermore,’ but that Mary is a Virgin before His birth, a Virgin in His birth, and a Virgin after His birth.” – Saint Augustine (ca AD 430)