C.S. had many deprecating things to say about the “gin-and-lace” version of Anglo-Catholicism that espoused the strange blend of Anglophilism and the copycatting of all ceremonial French and Italian. He also despised T.S. Eliot who stood as the English poster child of high affected Anglicanism.

However, as C.S. Lewis developed his thinking, he became more and more a High Churchman.

He believed in Baptismal Regeneration and spoke of Confirmation in a sacramental way, rather than as a mere public affirmation of faith.

Beginning in 1940, he began making his regular confession to an Anglican priest and heartily recommended the practice to others as good for the soul.

With respect to the Eucharist, Lewis most certainly believed in the Real and Abiding Presence of Christ in the Eucharistic species. He said, “Next to the Blessed Sacrament itself, your neighbor is the holiest object present to your senses.” 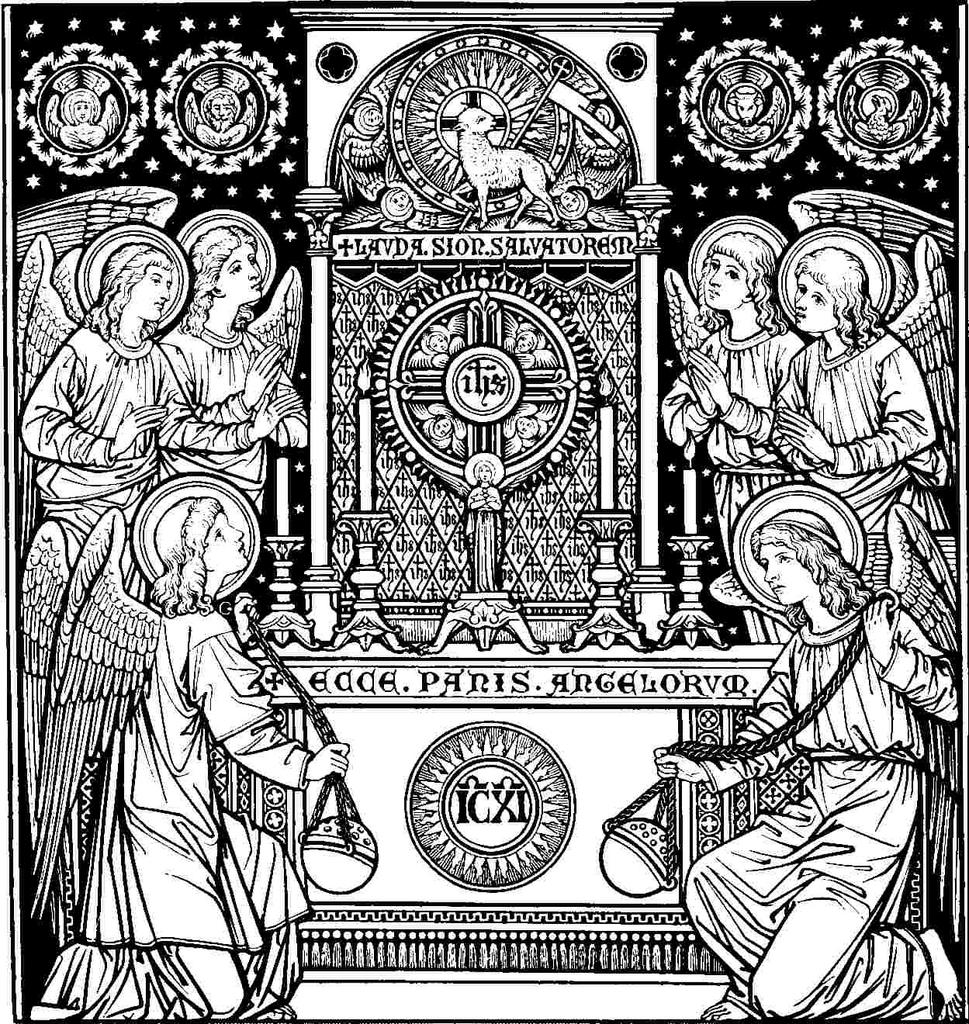 Also, he openly affirmed the doctrine of Purgatory. He wrote:

Our souls demand Purgatory, don’t they? Would in not break the heart if God said to us, ‘It is true, my son, that your breath smells and your rags drip with mud and slime, but we are charitable here and no one will upbraid you with these things, nor draw away from you. Enter into the joy’? Should we not reply, ‘With submission, sir, and if there is no objection, I’d rather be cleaned first.’ ‘It may hurt, you know’ – ‘Even so, sir.’

I assume that the process of purification will normally involve suffering. Partly from tradition; partly because most real good that has been done me in this life has involved it. But I don’t think the suffering is the purpose of the purgation. I can well believe that people neither much worse nor much better than I will suffer less than I or more. . . . The treatment given will be the one required, whether it hurts little or much.

My favorite image on this matter comes from the dentist’s chair. I hope that when the tooth of life is drawn and I am ‘coming round’,’ a voice will say, ‘Rinse your mouth out with this.’ This will be Purgatory. The rinsing may take longer than I can now imagine. The taste of this may be more fiery and astringent than my present sensibility could endure. But . . . it will [not] be disgusting and unhallowed.”

For C.S. Lewis, salvation was not a “once-for-all” event in the life of a believer at which “one gets saved.” Rather it was the ongoing process of crucifying and mortifying the flesh and thus conquering all existing sin one’s life by the Blood of the Christ. In other words, Justification necessitates a very real and necessary Sanctification of the believer. It’s the taking up of the cross of Christ and following Him by he power of the Holy Spirit. God’s grace forgives and transforms. This understanding is also revealed in Lewis’ affinity for the literary theme of “spiritual pilgirmage,” which is found in so many of his writings (Great Divorce, Pilgrim’s Regress, Narnia, Space Trilogy).

If this Sanctification is true and real, it must indeed reach its goal and thus the sanctification and purification of the believer must be brought to completion even if not completed in this life. This after death purification or sanctification is called “Purgatory” by C.S. Lewis and by Roman Catholics. However, like Dante before him, C.S. Lewis places Purgatory within the gates of Heaven. It is in that sense the “forecourt of Heaven.” The place where you are finally scrubbed down before entering the throne room of the King of Kings.

Anyway, as C.S. Lewis grows in importance, especially with the Narnia movies, it’s important to recognize that he falls more in line with the Catholic tradition, which he shares with his friend and mentor J.R.R. Tolkien.
Comment | Share | Tweet | Buffer | print | email